Quentin Vestur began learning the Celtic harp as a teenager, after a long practice of classical piano. He obtained a license of Music and Musicology at the University of Paris IV Sorbonne, and he settled in Quimper in Brittany in 2012, to pass a DEM (Diploma of Musical Studies) in Traditional Music that he prepared with Dominig Bouchaud as teacher, an innovative harpist well known in Brittany. He studied in Rennes to do a BA in Breton Music Performance as well, where he also obtained a Diploma to become a teacher in Traditional Music. He currently studies in Ireland at the prestigious MA Irish Music Performance at the University of Limerick. He is also received several awards, including the first prize of the “Camac Trophy” at the Inter-Celtic Festival of Lorient, in 2011.

During these years, Quentin met personalities that influenced his musical approach, including the harpist Tristan Le Govic, the accordionist Jean Floc’h and the singer Yann-Fañch Kemener with whom he regularly works on new performances inspired by the traditional songs of the west part of Brittany (Pardonnioù, Reverzhi, Awenn). He also explores the music of the east part of Brittany (with the singer Clément Le Goff), the old Irish music (with the musical trio Alba Spina) and the contemporary Irish music (with the uilleann piper-Glenn Gouthe). Quentin is regularly invited to international festivals as soloist or teacher.

Quentin is specialised in traditional music of Britany and Ireland, countries where he travels constantly. His interest in travel and encounters led him to other horizons that he does not hesitate to explore but with a full respect of the heritage and the style. This curiosity is expressed especially through an important technical research for which he is inspired by various instruments in the world. This led him to work with the luthier John Delorme who created for him an exceptional harp. He also play the Clarsach, an early Irish harp with metal strings. Through this approach, he aspires to forge a unique musical identity made of refinement, contrast and energy. 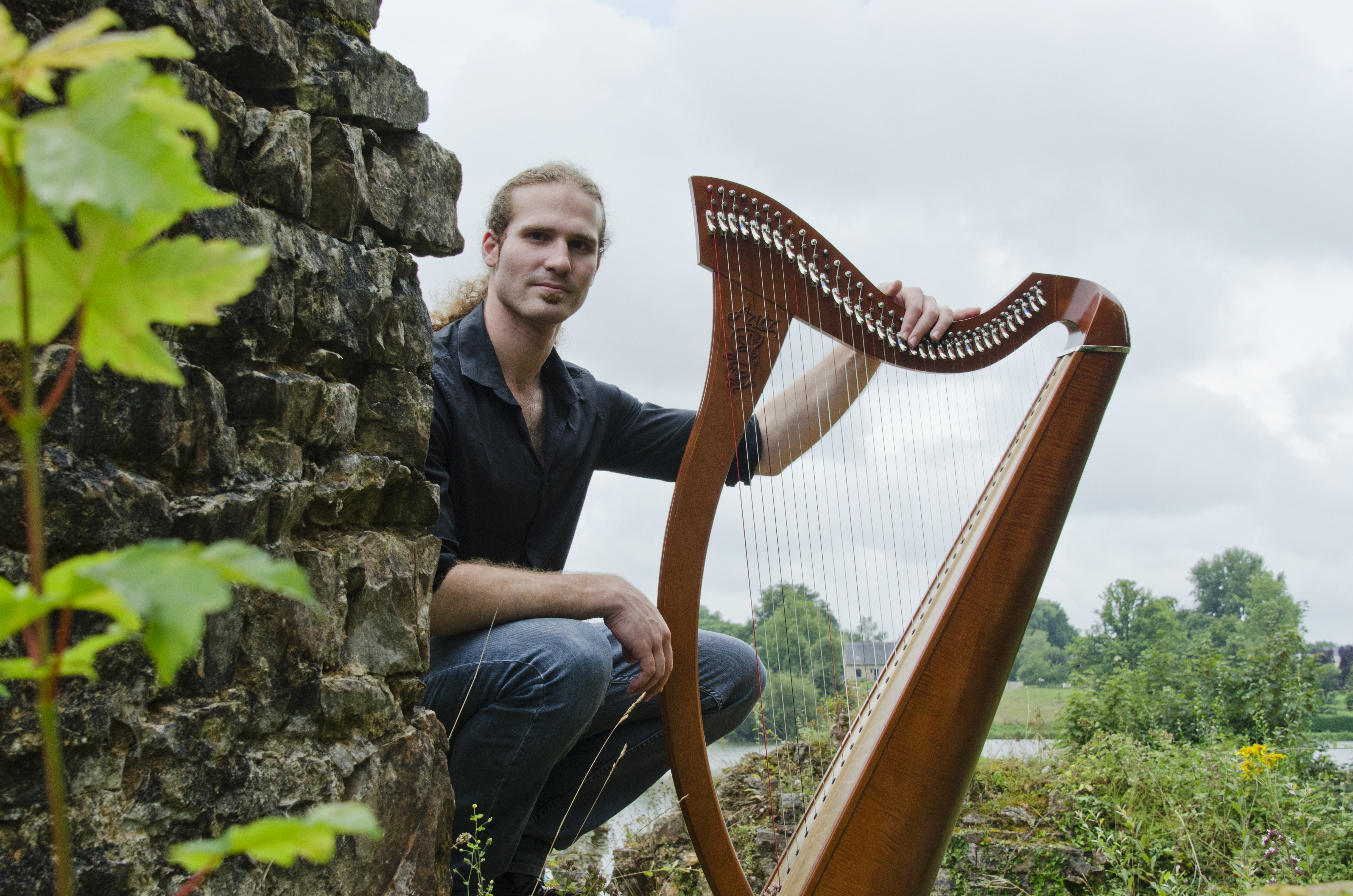