The Sunstep duo offers a wide range of traditional music from Ireland, Brittany and Scotland, with a mix of slow airs or more vivid dances, ancient or newly composed melodies. The rare association between the uilleann-pipes and the Celtic harp brought these two young musicians to look for a meaningful dialogue between the two instruments. They offer a music oscillating between simplicity of the traditional music and elaborated arrangements, but always focused on energy and finesse. 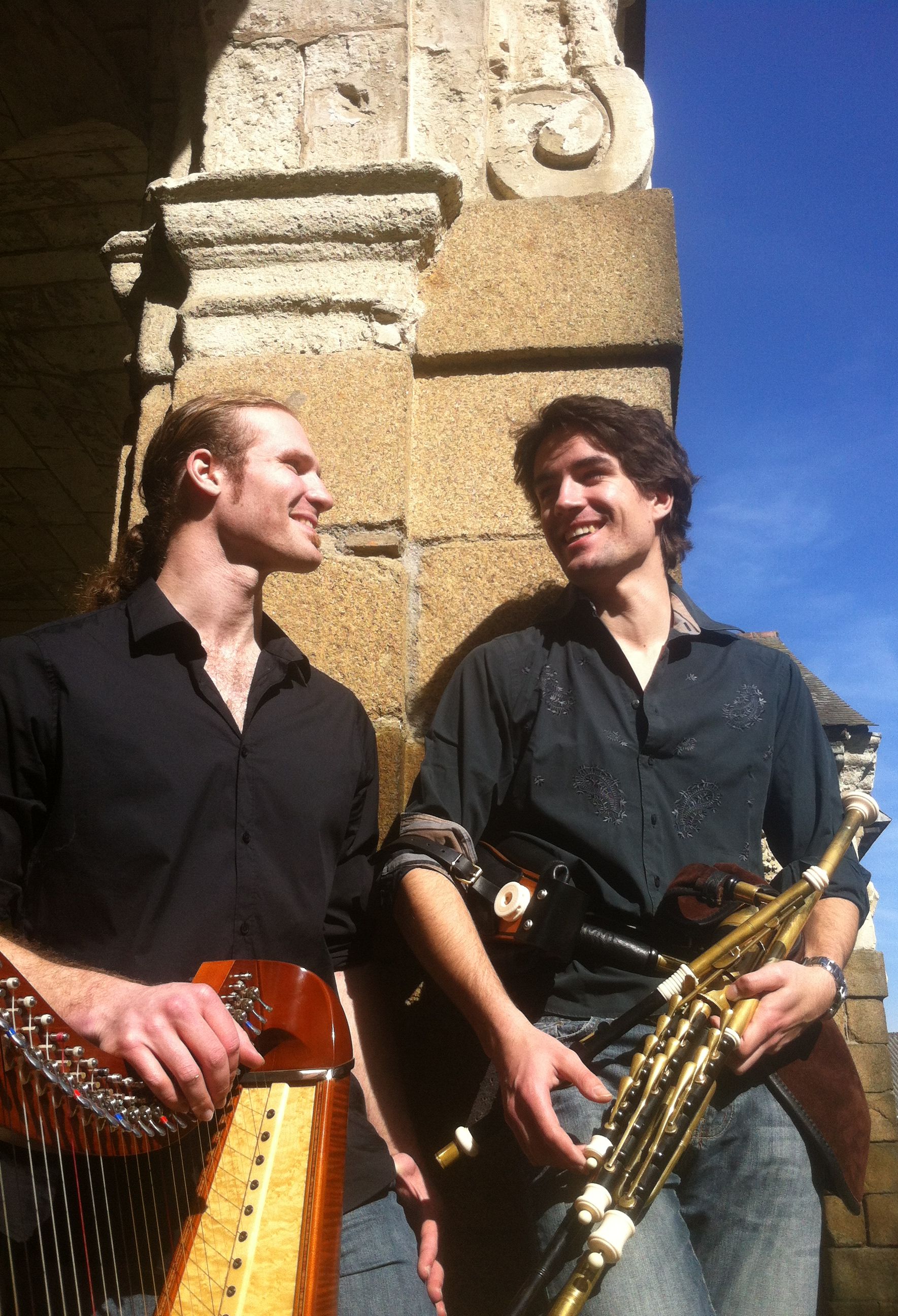 Glenn Gouthe started to play music in two different aesthetics. He uses to play classical music with the French horn with which he obtained a diploma at the conservatory of Vannes, and play regularly with different ensembles. But he is particularly interested by the Breton and Irish music. He learned to play the uilleann-pipe with Emmanuel Lemare and then obtained the DEM (Diploma of Musical Studies) at the conservatory of Rennes in 2012. He played in 2013 as a soloist with the Symphonic Orchestra of Brittany. He also did a BA in Breton Music Performance, where he obtained in 2015 a Diploma to become a teacher in Traditional Music. Glenn is also a fluent speaker in Breton and his studies in MA Celtic Languages in Rennes make him doing a lot of research around the written and oral heritage of the country around Vannes.